Lamb(e) Barry (1704-1768) subscribed to Kirby’s Historical Account. A wealthy landowner from Syleham, on the Norfolk-Suffolk border, oddly little is known about him considering he was High Sheriff of Suffolk in 1748, when Kirby’s book appeared, and Gainsborough painted his portrait, although the date is uncertain.

He was born in 1704, the son of Anthony Barry and Isabella Lambe. Her parents were John Lambe and Susanna Acton, and a sister of Lamb Barry’s married into the Acton family, so they were doubly-connected. He was educated at Monk Soham school and went to Gonville and Caius college at Cambridge. He married Susan Morse and they had two (surviving) daughters, Anne, born 1750 and died in 1808, and her older sister Isabella, who was born c. 1739 and lived on until 1825. Neither daughter married.

Lamb Barry subscribed to several other works, including, An essay on hot and cold bathing, by John King, apothecary, and he appeared on the voting rolls in 1768, but died in November of that year. His widow lived on until 1786. 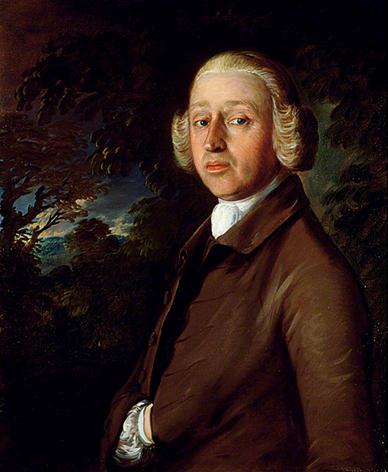