Philip Winterflood subscribed to Kirby’s Twelve Prints and Historical Account. The Winterflood family lived at Bury St. Edmund’s. Philip ran the Six Bells and the town Assembly Rooms. Untangling the family relationships is tricky. A Christopher Winterflood, possibly his brother, was a baker and ran the Bushel Inn, but went bankrupt in 1758. Philip himself his recorded as having four sons: Philip, Joseph, William and Thomas. William died at age 11. Of Joseph and Thomas I know nothing. Who their mothers were is even more perplexing. There are two burials recorded of wives of Philip Winterflood at Bury St. Edmund’s, a Mary age 22 in 1722, and a Rebecca, aged 22 in 1725/6. There is also a marriage recorded of a Philip Winterflood and Alice Spratt in 1725.

Philip went into business as a brewer with his son Philip, who seems to have married a Martha Spratt. The younger Philip died in 1762, and the elder Philip had a difficult time sorting out the brewery finances and closing the business down – there was apparently a lot of disagreement among debtors and creditors as to which were personal debts, and which business ones and who was liable. In the midst of all this wrangling, the younger Philip’s widow died in 1763. Cleaning up the financial mess rolled on into 1764, when John Winterflood, another Innholder, at the Three Kings, died, although his daughter and her husband planned to keep the inn running.

Philip let the Six Bells in 1773, but kept running the Assembly Hall until 1777 (it is now known as the Athenaeum and has been extensively remodeled since then, but is still standing near the Abbey gate.

Philip Winterflood died in 1783, at the reputed age of 90. As a well-known figure around town, he was portrayed in caricature by local artist Henry William Bunbury, and also by R. Yates shortly before he died. 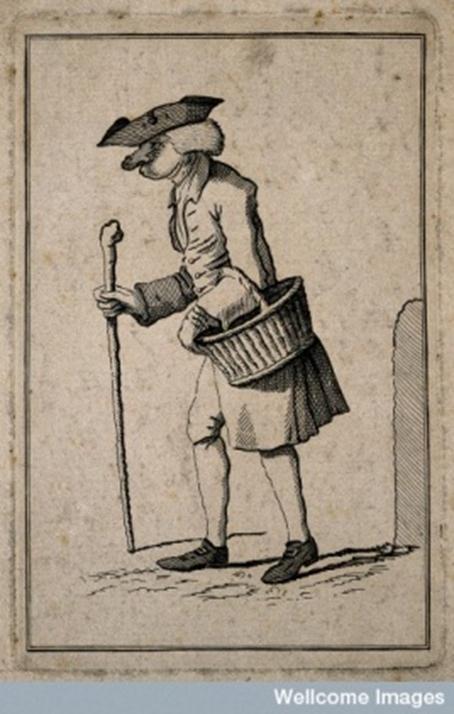