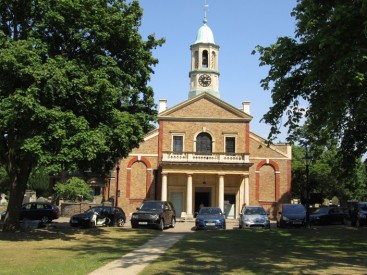 His gravestone is no longer especially legible, and my pictures certainly don’t help.

Here is my attempt at a transcription.

Update: Here is another view of the armorial at the top of the gravestone.