John Bevis (1695—1771) was a doctor and astronomer. He was a long-time friend of Edmund Halley, took a keen interest in John Harrison’s development of the chronometer, was a friend of the mathematical instrument maker George Graham and worked closely with Nevil Maskelyne, the Astronomer Royal.

Bevis went up to Christ Church Oxford in 1712, gaining his BA in 1715 and MA in 1718. He then travelled on the Continent and acquired his medical degree. He practiced as a doctor periodically, but it seems that his real love was astronomy. He was the first person to observe the Crab Nebula and last to see one planet occulting another when he witnessed Venus eclipse Mercury. 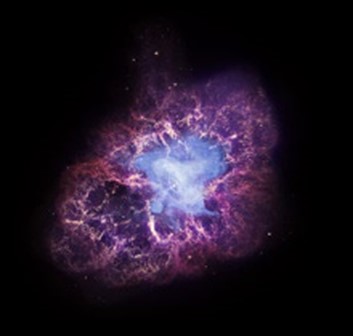 He published numerous papers in the Philosophical Transactions of the Royal Society from 1737 until his death, starting with observations on a comet. He set up a personal observatory at Stoke Newington, outside London and in the late 1730s he had an intense period of observation, filling three folio notebooks with observations in one year. Bevis prepared Halley astronomical tables for publication in the late 1740s, while also working on his gorgeous, but ill-fated, star atlas, the Uranographia. The book had 51 high-quality engraved star charts, each dedicated to a notable personage (the Princess of Wales got Virgo, Nathaniel Bliss, Professor of Geometry at Oxford, got the Triangles). Alas, it was never published as the publisher went bankrupt. Some impression were taken of the plates and a few copies exist. The Linda Hall Library in Kansas City has a fine digital reproduction of their copy. The publisher had taken (expensive) subscriptions in for several years and the fact that nothing came of the project was a sore point for Bevis for the rest of his life.

After the famous Lisbon earthquake, he prepared a compendium on The History and Philosophy of Earthquakes, and in 1759 was one of only two people known to have observed Halley’s Comet on its first predicted return. In the 1760s, he was one of the people asked to do the computations related to the test of Harrison’s chronometer after its trip to Barbados, and in 1765 he was (finally) elected as a Fellow of the Royal Society, becoming its foreign secretary the following year. He was appointed to the Royal Society’s committee to plan for the Transit of Venus in 1769, and was a proponent of Captain Cook. He himself observed the transit from Joshua Kirby’s house in Kew with Kirby acting as time-keeper, publishing his observations in the Philosophical Transactions of the Royal Society. He is said to have died as a result of a fall from his telescope when checking the time after observing a transit.